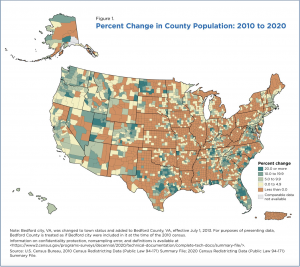 https://mail.google.com/mail/u/0/#section_query/in%3Ainbox/FMfcgzGlkjhDwjgkgtDpfrMtGWBCxCJD
More Than Half of U.S. Counties Were Smaller in 2020 Than in 2010