Subscribe to a month of Hulu for $4.99 and watch this Hulu production.

Parks paid a price for her activism, including an escape from Montgomery to Detroit to flee public backlash. “We often think of these civil rights leaders as heroic, and [they] make these stances, and then everything’s fine. But the risk and the danger that they face is often not explored.” My surprise was that Ms. Park was an activist before the celebrated 1955 bus ride. She joined the NAACP 12 years before and worked for social justice in Alabama, especially sexual assault blamed on Black men.  Read more>>> 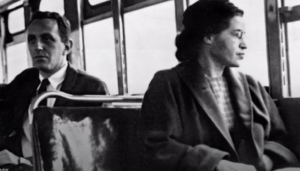